This is an uncorrected eBook file. Please do not quote for publication until you check your copy against the finished book.

This is a work of fiction. Names, characters, places, and incidents either are the product of the author's imagination or are used fictitiously. Any resemblance to actual persons, living or dead, events, or locales is entirely coincidental.

Published in the United States by Crown Publishers, an imprint of the Crown Publishing Group, a division of Penguin Random House LLC, New York.

CROWN and the Crown colophon are registered trademarks of Penguin Random House LLC.

Library of Congress Cataloging-in-Publication Data is available upon request.

The bravest person I have ever known

I was staring out the classroom window and daydreaming of adventure when I spotted the flying saucer.

I blinked and looked again--but it was still out there, a shiny chrome disc zigzagging around in the sky. My eyes struggled to track the object through a series of increasingly fast, impossibly sharp turns that would have juiced a human being, had there been any aboard. The disc streaked toward the distant horizon, then came to an instantaneous stop just above it. It hovered there motionless over the distant tree line for a few seconds, as if scanning the area beneath it with an invisible beam, before it abruptly launched itself skyward again, making another series of physics-defying changes to its course and speed.

I tried to keep my cool. I tried to remain skeptical. I reminded myself that I was a man of science, even if I did usually get a C in it.

I looked at it again. I still couldn't tell what it was, but I knew what it wasn't--it wasn't a meteor. Or a weather balloon, or swamp gas, or ball lightning. No, the unidentified flying object I was staring at with my own two eyes was most definitely not of this earth.

Followed immediately by: I can't believe it's finally happening.

You see, ever since the first day of kindergarten, I had been hoping and waiting for some mind-blowingly fantastic, world-altering event to finally shatter the endless monotony of my public education. I had spent hundreds of hours gazing out at the calm, conquered suburban landscape surrounding my school, silently yearning for the outbreak of a zombie apocalypse, a freak accident that would give me super powers, or perhaps the sudden appearance of a band of time-traveling kleptomaniac dwarves.

And a great many of these dark daydreams had opened with the unexpected arrival of beings from another world.

Of course, I'd never believed it would really happen. Even if alien visitors did decide to drop by this utterly insignificant little blue-green planet, no self-respecting extraterrestrial would ever pick my hometown of Beaverton, Oregon--aka Yawnsville, USA--as their point of first contact. Not unless their plan was to destroy our civilization by wiping our least interesting locales first. If there was a bright center to the universe, I was on the planet it was farthest from. Please pass the blue milk, Aunt Beru.

But now something miraculous was happening here--it was still happening, right now! There was a goddamn flying saucer out there. I was staring right at it.

And I was pretty sure it was getting closer.

I cast a furtive glance back over my shoulder at my two best friends, Cruz and Diehl, who were both seated behind me. But they were currently engaged in a whispered debate and neither of them was looking toward the windows. I considered trying to get their attention, but I was worried the object might vanish any second, and I didn't want to miss my chance to see this for myself.

My gaze shot back outside, just in time to see another bright flash of silver as the craft streaked laterally across the landscape, then halted and hovered over an adjacent patch of terrain before zooming off again. Hover, move. Hover, move.

It was definitely getting closer. I could see its shape in more detail now. The saucer banked sideways for a few seconds, and I got my first clear glimpse of its top-down profile, and I saw that it wasn't really a saucer at all. From this angle, I could see that its symmetrical hull resembled the blade of a two-headed battle-ax, and that a black, octagonal prism lay centered between its long, serrated wings, glinting in the morning sunlight like a dark jewel.

That was when I felt my brain begin to short-circuit, because there was no mistaking the craft's distinctive design. After all, I'd seen it almost every night for the past few years, through a targeting reticle. I was looking at a Sobrukai Glaive, one of the fighter ships piloted by the alien bad guys in Armada, my favorite videogame.

Which was, of course, impossible. Like seeing a TIE Fighter or a Klingon Warbird cruising across the sky. The Sobrukai and their Glaive Fighters were fictional videogame creations. They didn't exist in the real world--they couldn't. In reality, videogames did not come to life and fictional spaceships did not buzz your hometown. Implausible shit like that only happened in cheesy '80s movies, like TRON or WarGames or The Last Starfighter. The sorts of movies my late father had been nuts about.

The gleaming craft banked sideways again, and this time I got an even better look--there was no doubt about it. I was looking at a Glaive, right down to the distinctive claw-like grooves along its fuselage and the twin plasma cannons protruding from the front end like two fangs.

There was only one logical explanation for what I was seeing. I had to be hallucinating. And I knew what sort of people suffered from hallucinations in broad daylight without any help from drugs or alcohol. People who were cuckoo for Cocoa Puffs, that's who. Cats with a serious marble deficiency.

I'd long wondered if my father had been one such person, because of what I'd read in one of his old journals. The things I'd seen there had given me the impression that he'd become somewhat delusional near the end of his life. That he may have even lost the ability to differentiate between videogames and reality--the very same problem I now seemed to be experiencing myself. Maybe it was just as I had always secretly feared: The apple had fallen right next to the Crazy Tree.

Had I been drugged? No, impossible. All I'd eaten that morning was a raw strawberry Pop-Tart I'd wolfed down in my car on the way to school--and the only thing crazier than hallucinating a fictional videogame spaceship would be to blame it on a frosted breakfast pastry. Especially if I knew my own DNA was a far more likely culprit.

This was my own fault, I realized. I could've taken precautions. But instead, I'd done the opposite. Like my old man, I'd spent my entire life overdosing on uncut escapis
Next > 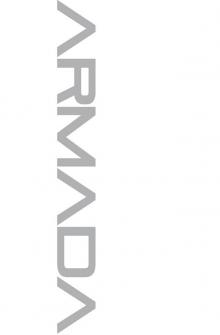